From coal not to ashes but to what? As Pontes, social memory and the concentration problem

Focusing on the case of As Pontes, Spain, where coal mine production intensified rapidly in the 1970s through to the 1990s, this paper contributes to the literature on resource towns, and on boom and bust communities more generally. Here, mining was contested throughout the boom period, eroding the local economy and reducing social cohesion among residents. The effects of the subsequent bust were buffered by the Spanish welfare state, and by a power plant, which now imports coal, but still employed some locals. Despite As Pontes’ problematic past and present situation, which is marked by relative stability and prosperity, one can still find deep nostalgia and community features usually observed in places where the boom provoked less resistance and the bust was more dramatic. A rigid ‘industrial’ identity started to structure governance post-mining; nostalgia for the ‘good’ times dominated. In the analysis of developments at As Pontes, the concept of ‘concentration problem’ is applied in an attempt to shed light on features of governance in resource towns and difficulties in local ‘reinvention’ mode, and develop the idea further by linking it to an erasure of infrastructures of memory.

Mine housing in the South African coalfields 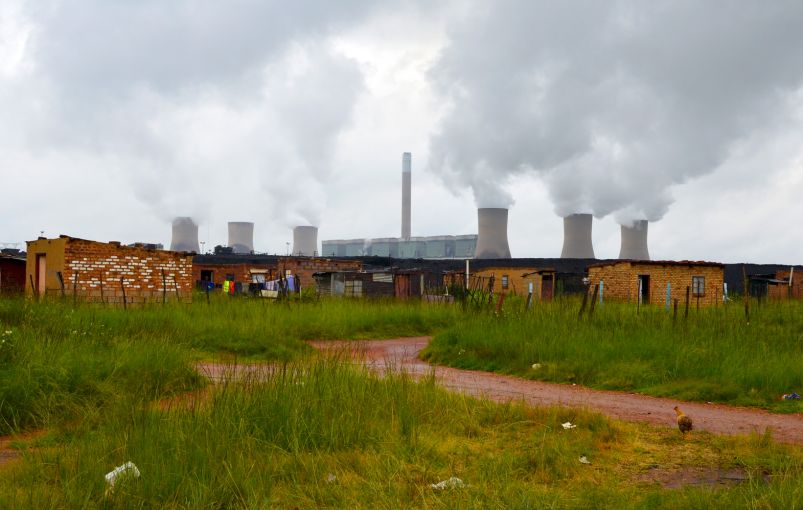 Historically, many mining companies in South Africa housed their white workforce in towns established and managed by the company and their black workforce in single-sex hostels or compounds. By the early 2000s, most company towns had been ‘normalised’, the mining industry had abolished the compound system and homeownership had become the dominant policy goal. We use evolutionary governance theory and the concepts of social disruption and place attachment to reveal two problems: the path dependency of the migrant labour system and the goal dependency of government policy. To illustrate the effects on the residents of a coal mining town, we identify three housing clusters: renters, homeowners and informal settlers. Using findings from a survey of one South African mining town (Emalahleni), we show how the housing system created by normalisation places undue pressure on municipal services. We argue that by ignoring the continued migration and the likelihood of mine decline or closure government policy is putting homeowners at risk.

Social licensing and mining in South Africa: Reflections from community protests at a mining site

Mining companies are increasingly being required to adhere to the requirements of a social licence to operate. Although this licence is largely seen as an informal agreement, the South African government is increasingly looking to formalise it. Social and labour plans and community trusts to ensure local ownership are two policy approaches used to foster the idea of a social licence to operate. We consider a case in which much conflict has been experienced. Based on 10 in-depth interviews and an assessment of court documents and media reports, our case study shows that community trusts should not be viewed as automatically ensuring a larger degree of local buy-in. They are problematic in many ways. In practice they could increase community conflict. They do not address historical concerns about dispossession and exclusion, and formalising local ownership in law will not necessarily resolve local conflicts. To create a community trust it is first necessary to identify a community, and communities are not necessarily unified structures. And finally, governance requirements complicate community trusts.

Partnerships for development in the extractive sector

Partnerships for Development (PfD) is the antidote that extractive industries have used over the last decade to counteract the proliferation of conflicts with local communities. Normatively, the concept of ‘partnership’ positions companies as actors on an equal footing with others in their attempts to collaborate to achieve development outcomes. This article analyses how the PfD strategy has been crafted and implemented in the extractive sector and assess its potential to contribute significantly to local development. Using the Foucauldian framework on power/knowledge and genealogy, we explain how, in a relatively short time, the interaction between context, preexisting discourses, and actors’ interests shaped the PfD discourse and made it famous. The second part of the paper goes beyond the normative conceptualisation and analyses the implementation of PfD through the case studies of the Antamina copper mine in Peru and the Pacific Rubiales oil operation in Colombia. The companies use the PfD discourse to advance their interest vis-à-vis the different stakeholders, minimising the risk of conflicts and cultivating their reputation. These companies resort to the fragmentation of bargaining spaces and rely on the legitimacy provided by paid experts. The result is that PfD has limited capacity to promote local sustainable development.